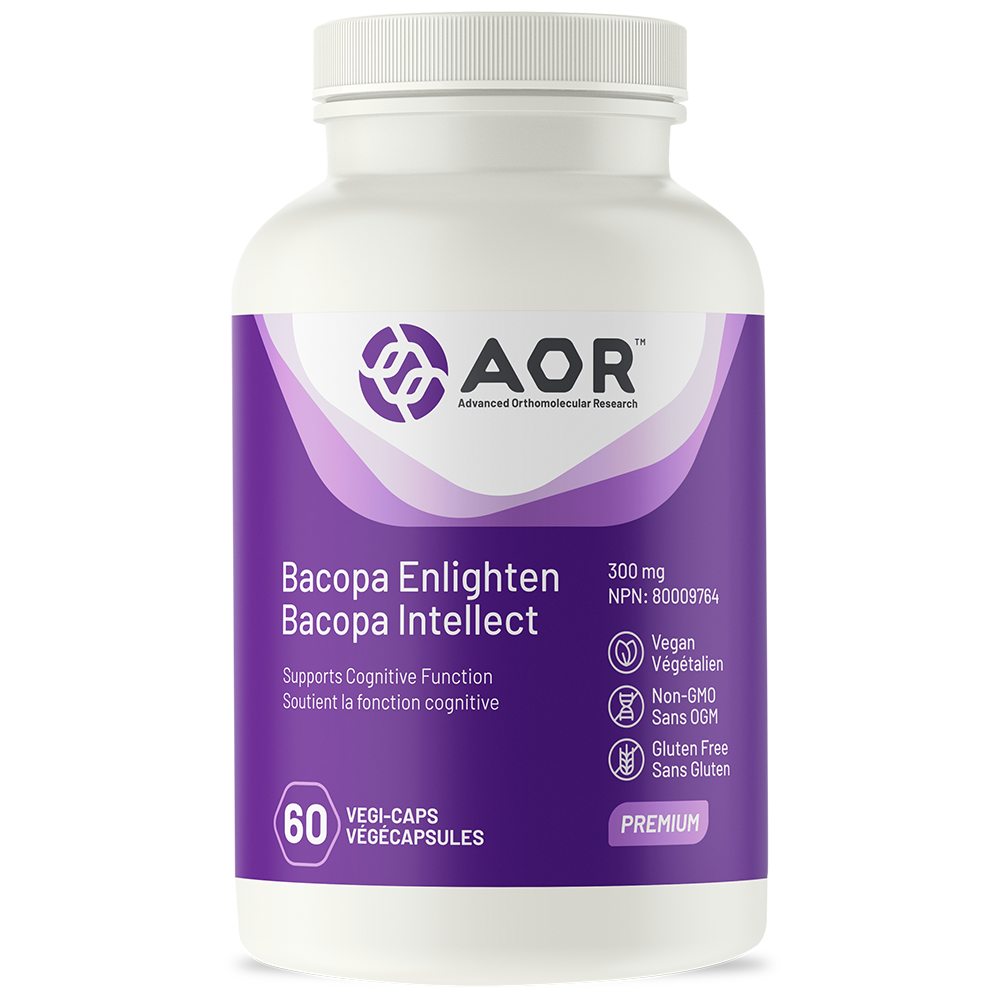 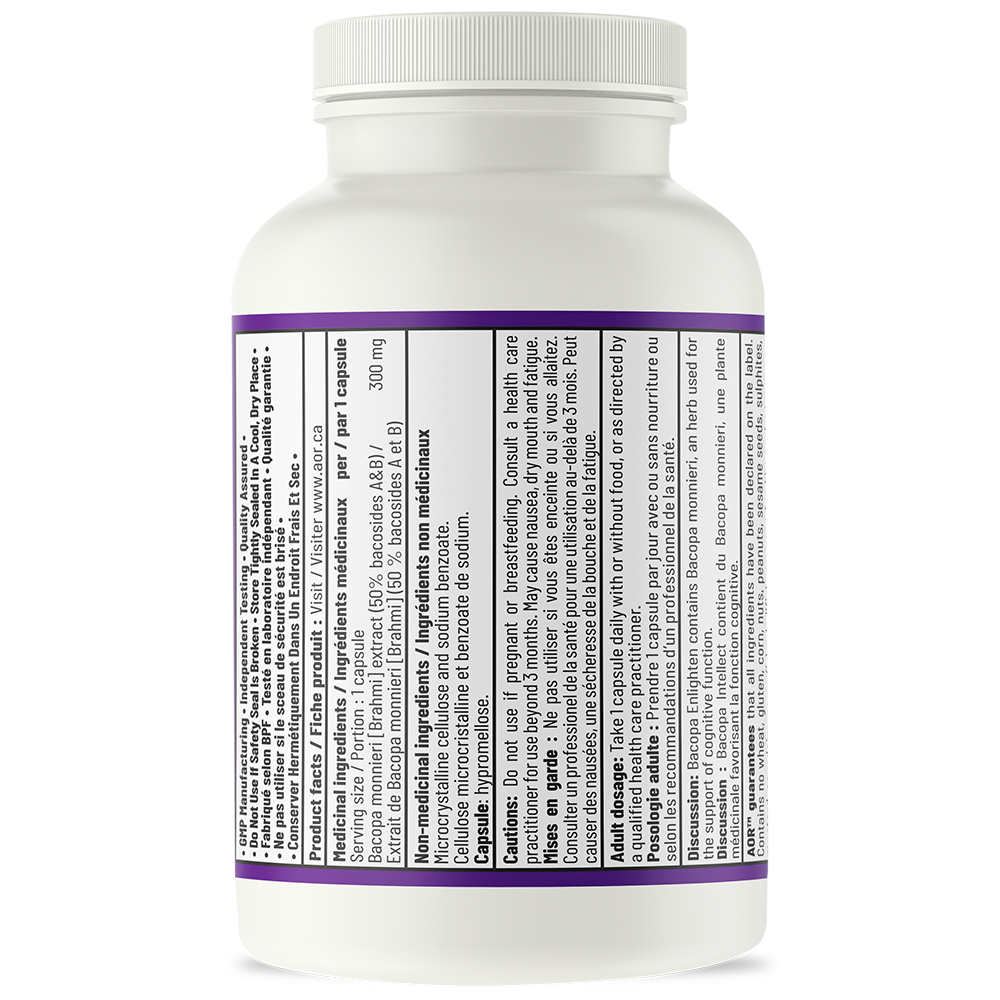 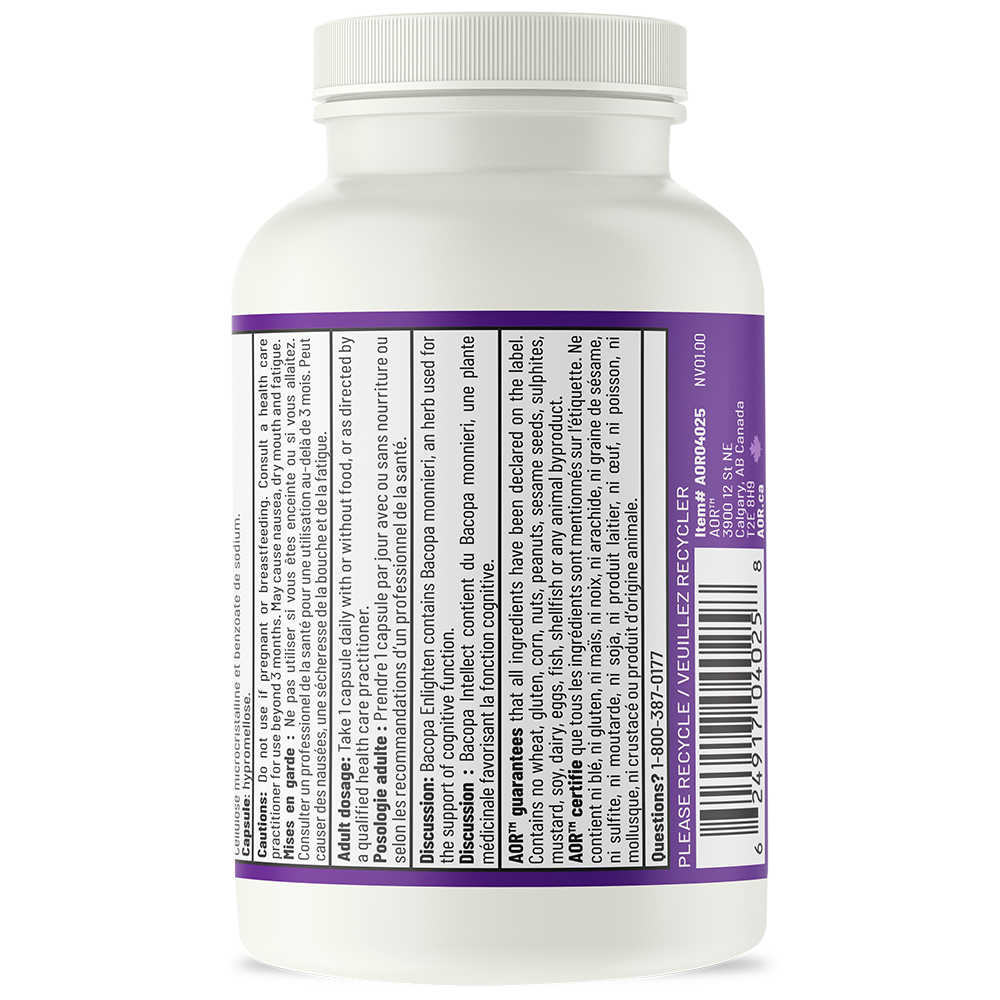 Bacopa Enlighten is a standardized extract of Bacopa monnieri, an herb used in traditional Ayurvedic medicine to support cognitive function and memory. In India, bacopa is often given to babies in the hopes that it will open the gateway to intelligence.

Bacopa has traditionally been used for improving cognitive functions such as those needed for math and memory skills, for decreasing angst and for reducing mental fatigue at work. It improves the processing of visual information to help increase the rate of learning, lower the rate of forgetfulness, and improve the ability to consolidate new information. Bacopa has also been studied in children with and without ADHD, and benefits have been shown in memory and learning in both scenarios.

Research has also shown promise for several key concerns of the aging brain.  Animal studies have shown that Bacopa prevents drug induced memory loss and increases protein synthesis in the brain as well as the production of key neural antioxidant enzymes, protecting brain cells from oxidative damage. Young or old, those who want to preserve healthy brain function and memory performance can benefit from Bacopa Enlighten.

Bacopa Enlighten is a high-dose extract of a traditional Ayurvedic plant that has been safely used for centuries to support the function of the brain. Clinical studies show it has protective effects on the brain and nervous system and has been found boost overall mental function.